Australia's September quarter Business Indicators data were softer than expected in terms of inventories and company profits, though wages and salaries remained solid.

Business Indicators — Q3 | By the numbers 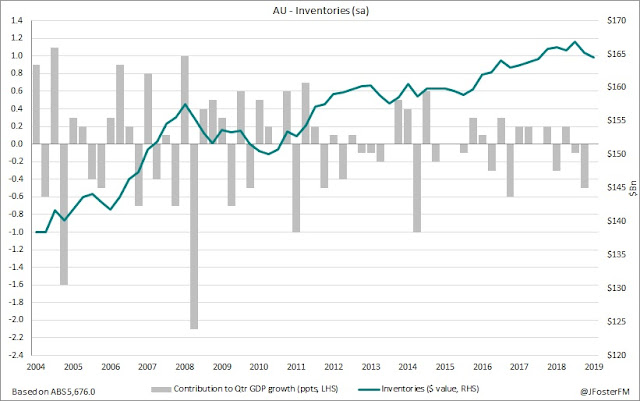 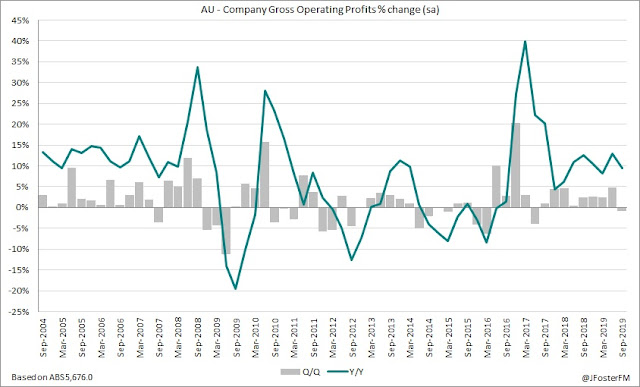 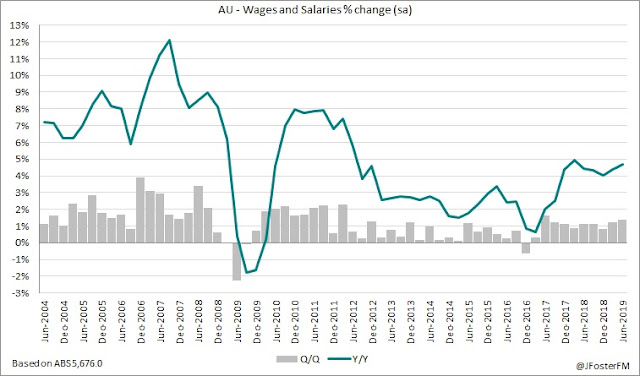 Australian firms reduced inventories by 0.4% in Q3 — more than anticipated by markets — however, this was much lower than the 1.0% fall from Q2. As such, after subtracting a sizeable 0.5ppts from GDP growth in the June quarter, inventories are now expected to contribute around 0.2ppt to activity in Q3. However, the annual decline in inventories of -0.9% is the weakest result since the first half of 2014 and is reflective of soft demand conditions. The decline in inventories was led by the retail sector (-1.9%q/q, -0.4%Y/Y) followed by manufacturing (-0.7%q/q, -0.4%Y/Y). 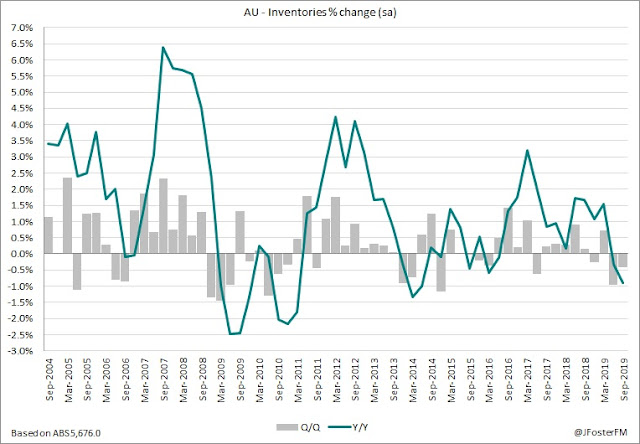 Headline company profits fell by 0.8% in the quarter but are still up by a robust 9.4% year-on-year. The decline in Q3 was driven by the mining sector (-2.1%), which slowed annual growth from 31.8% to 21.5%. In the non-mining sector, profits were flat in Q3 (0.1%) to be up by a subdued 2.2% over the year and little changed from Q2. Note, however, that the methodology by which profits are calculated varies between this survey and the National Accounts. After an inventory value adjustment is made, profits were up by 1.5% in Q3. 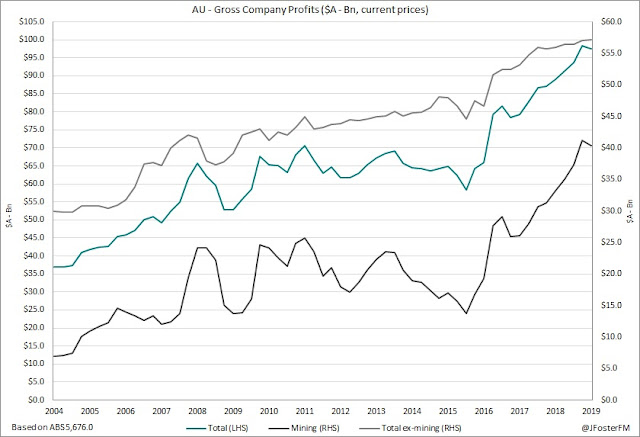 The wages and salaries estimate is the key partial for the Compensation of Employees figure in the National Accounts. Growth in wages and salaries paid was up by 1.0% in Q3, which was softer than the previous two quarters at 1.2% in Q1 and 1.6% in Q2. This measure is driven by employment growth and hours worked. According to the ABS's Labour Force Survey, the former lifted by 0.7% over the three months to September, while hours worked were up around 0.9% for the quarter. Wednesday's National Accounts will confirm details on hours worked.

Inventories are expected to add modestly to GDP growth in Q3, by around 0.2ppt, which would only partially offset the sizeable drag from Q2. Company profits are also likely to be slightly positive in Q3. Meanwhile, robust employment growth continues to drive the nation's wages bill.
Posted by James Foster at 1:41 AM