Australian dwelling approvals fell by a sharper-than-expected 8.1% in October following increases in August and September. Both house and unit approvals fell in the month, resulting in the annual pace of decline accelerating.


Building Approvals — October | By the numbers 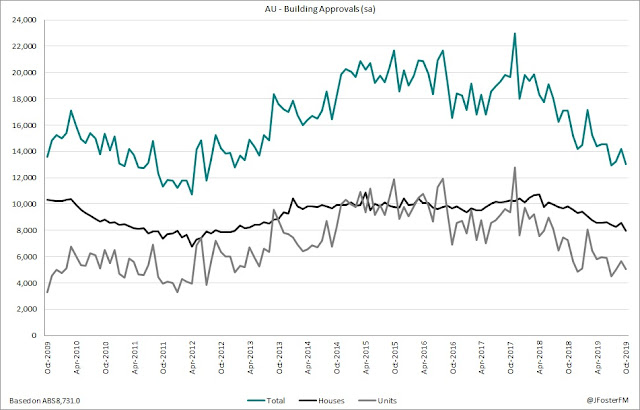 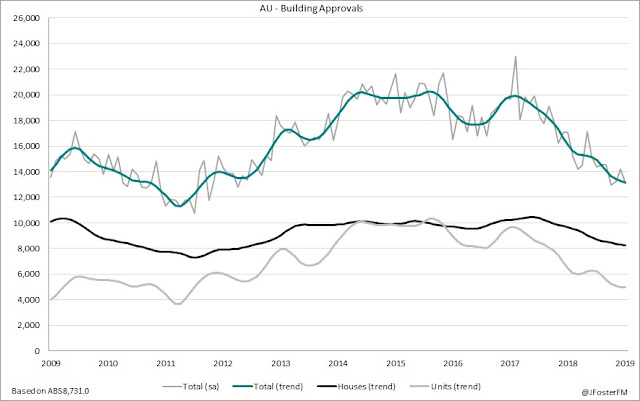 Dwelling approvals remain around their lowest levels in around 6½ years following weak outcomes for houses and units in October. House approvals fell below the 8,000 level for the first time since early 2013 and have declined by almost 19% over the past 12 months. Unit approvals remain in a sharp downtrend and are currently down by 30.0% over the year. This has largely been driven by ongoing weakness in the high-rise segment, however; as the chart (below) shows, both the low-rise and townhouse segments have also weakened over the past year. 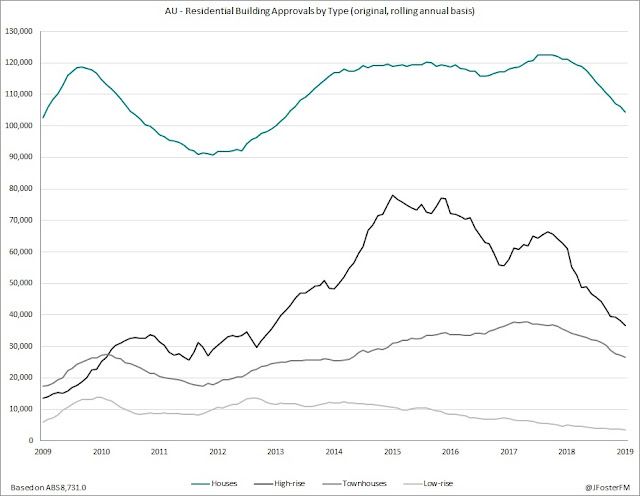 The state details in October are summarised in the table, below. The sharpest declines over the year have been on the nation's eastern seaboard, with the weakness across both houses and units. 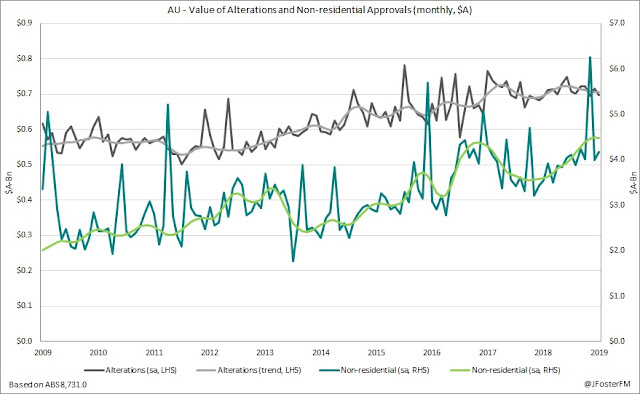 Today's report was a disappointingly weak update considering that dwelling approvals had lifted in the previous two months by 2.2% in August and 7.2% in September. October's 8.1% fall largely unwound those gains and was broadly based across houses and units. As such, the outlook for residential construction work remains weak and is likely to drag on economic growth throughout 2020.
Posted by James Foster at 6:38 PM