The upswing in Australian housing finance owner-occupier approvals continued at pace in September rising by a sharp 3.6% on the month. On aggregate, the value of lending commitments is now expanding in annual terms for the first time in nearly 2 years. Today's report was further confirmation of the notable shift in sentiment that has occurred since mid year.

Housing Finance — September | By the numbers 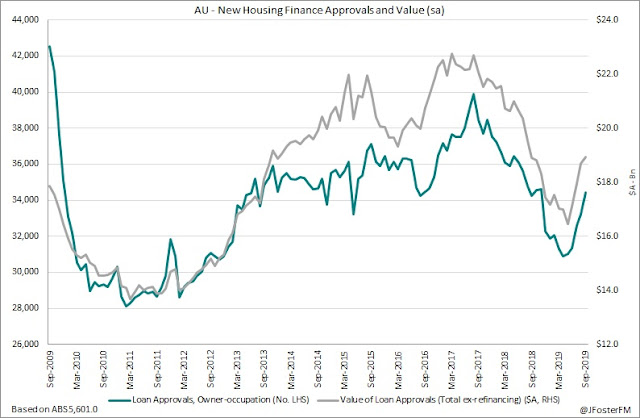 The 1.3% rise in the value of lending commitments in September was driven by the owner-occupier segment, which lifted by 3.2% to $14.24bn (excluding refinancing), while the investor segment saw a 4% contraction in the month to $4.69bn. 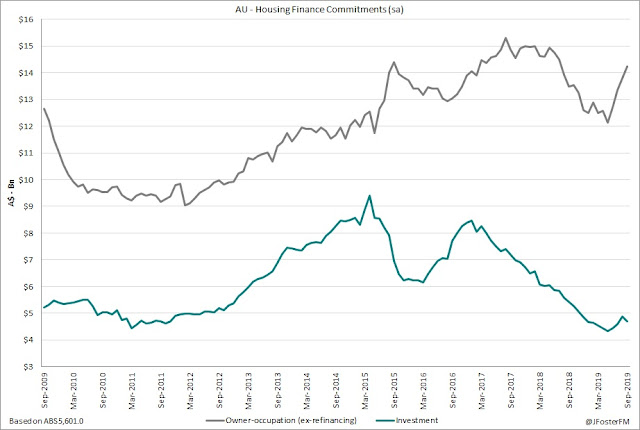 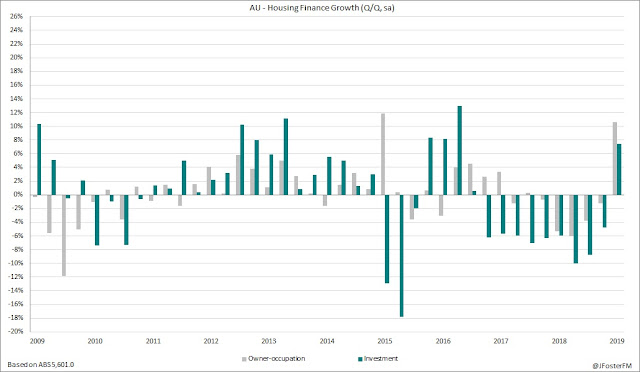 In annual terms, growth in total lending commitments is in positive territory, albeit only just at +0.1%, for the first time since November 2017. This is quite a remarkable turnaround given the most recent trough of -21.6% was reached just 4 months ago. Leading the way has been the owner-occupier segment, which is now running at a 5.6% annual pace — its fastest since February 2018 — from a trough of -18.8% over the year to May 2019. The investor segment is still heavily negative at -13.6% but is well off the trough of around -30% in mid-2019. 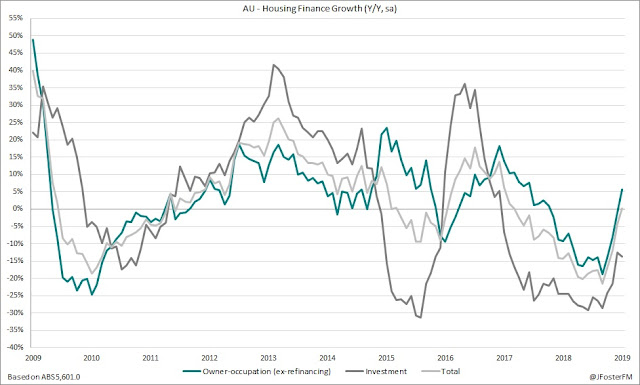 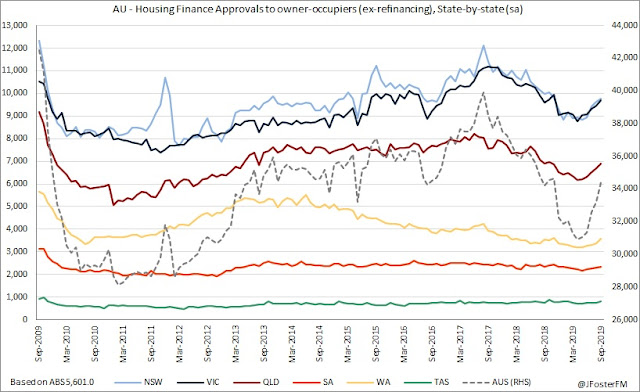 As the next charts show, approvals to both 'upgraders' and first home buyers are generally on the rise across each of the states. 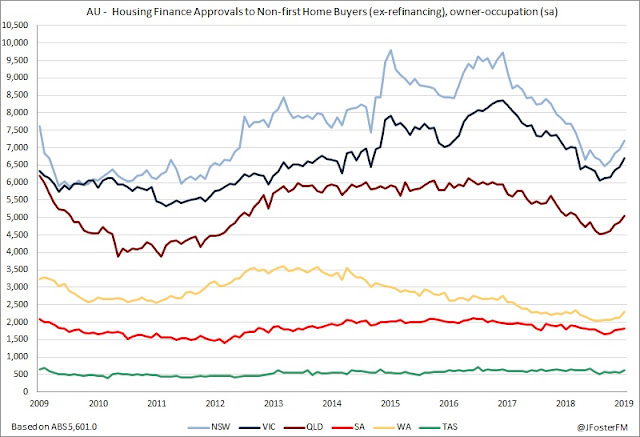 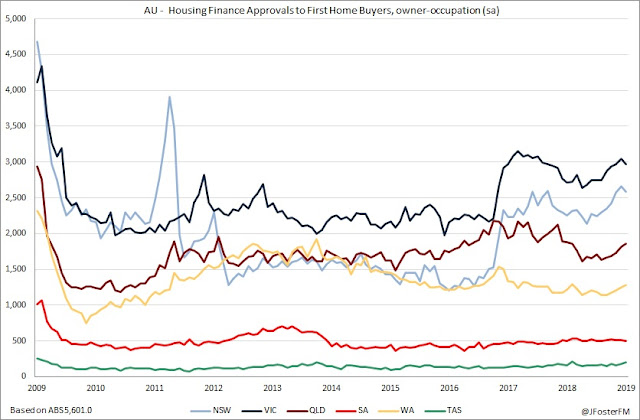 The complete summation of state-based details in September is provided in the table, below. 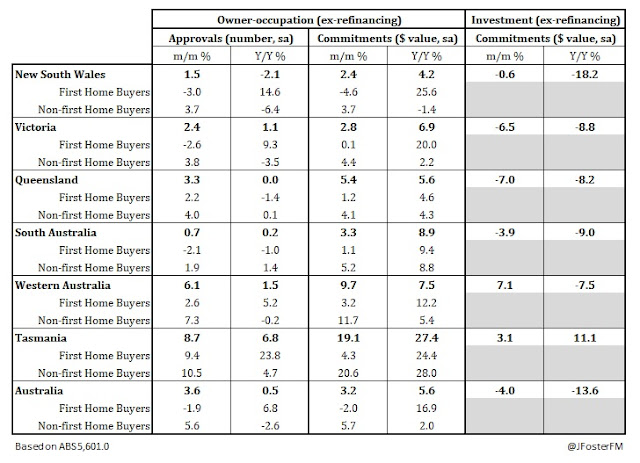 Today's update was much stronger than anticipated with housing finance approvals continuing to gather momentum towards the end of the year. Owner-occupiers are predominantly driving the turnaround, though the investor segment appears to be moving off its lows from mid year. Key is that sentiment has improved sharply since May's federal election, the recommencement of the RBA's easing cycle and a softening in APRA's guidance around credit assessment criteria.
Posted by James Foster at 6:54 PM